Over the last six months the various subsystems of the LUT Prototype have been assembled and bench tested by the individual project partners. Here are some details of the robot system:

The laser measurement system is mounted on a KR30-L16 Kuka Robot which is in turn mounted on a KL1000 Linear Track with rated travel of 2700mm. The system is controlled by a Kuka KRC4 robot controller and a bespoke, integrated control system which interfaces directly with the LUT system, providing the control signals for operating the lasers. The photograph below shows the robot system fully assembled prior to installation of the safety enclosure: 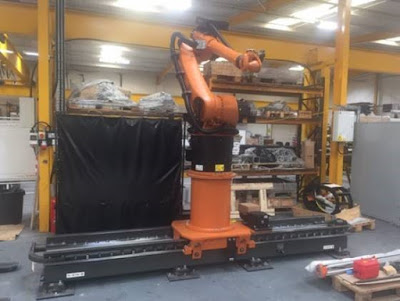